Skip to main content
Free general admission for kids, every day at all History Colorado museums.Find your local museum here! 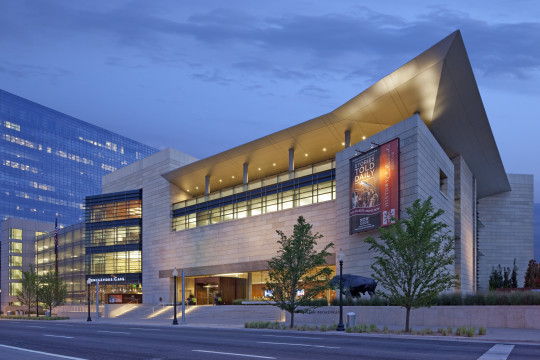 We Love Our Volunteers

Find out about exciting opportunities to bring Colorado’s history to life!

In the 1960s and ’70s, Chicano activists fought to end discrimination, secure rights, and gain political and social power through education, culture, and the arts. El Movimiento uses artifacts, photos, archival video footage, and the activists’ own voices to tell about the struggle for labor rights, student activism, the Vietnam War, and more. Community advisers from across the state created El Movimiento with our staff.

Coloradans love the outdoors. But African Americans were once barred from leisure opportunities most whites took for granted. Explore a Rocky Mountain haven where African Americans could hike, fish, and camp—and leave discrimination behind.

Weary Santa Fe Trail travelers cheered when they saw the adobe “Castle on the Plains”—a marketplace like no other. Explore this outpost of trade on Colorado’s Plains through a touch table and archaeological artifacts.

Top of the World: A Silverton Silver Mine, around 1880

Hard-rock mining is hard! In Silverton, miners were mountaineers, gouging ore out of deep snow and steep granite slopes. Do you have what it takes? The shift boss is hiring!

After Pearl Harbor, 120,000 Japanese and Japanese Americans were forced into internment camps—including one in Colorado called “Amache.” Half of Colorado’s newly imprisoned population were children. Two-thirds were American citizens. None was accused of a crime.

Our Denver Diorama broke new ground in the 1930s, making History Colorado the first organization in the nation to deploy federal relief funds for projects that employed historians, artists, architects, and craftspeople. Today it continues to depict in detail the emerging town of Denver as it looked in 1860. It features 350 miniature structures: cabins, frame and brick buildings, tents, bridges, outhouses, saloons, hotels, theaters, and an encampment of Arapaho people.

Click here to learn more about We Are Colorado, our initiative celebrating the diverse communities of Colorado's history and future.